He is the founder and president of Gierbolini Consulting Group, LLC and Luis A. Gierbolini Law Offices, from where he practices accounting, tax consulting, tax, corporate and commercial law. In 2009 he founded Saagezza, LLC, where he provides together with leading professionals, financial, administrative, and accounting consulting services to state governments and multinational corporations. He is a graduate of the University of Puerto Rico with a bachelor’s degree in accounting and law. In 1994 he obtained a master’s degree in International Taxation from Georgetown University in Washington, D.C. He also served as Senior Manager of an international accounting firm and later became a partner in a local firm.

He has been a lecturer at seminars at the College of Certified Public Accountants of Puerto Rico and at the Puerto Rico Chamber of Commerce. In PRCC he has been a member of the Tax, Small Business and Voting Committees. In 2012 he was elected as a member of the Board of Directors and served as such from 2012 to 2015. He chaired the Internal Audit Committee from 2013 to 2015. In 2018 he was elected again as a member of the Board of Directors of PRCC where he served as President of the Internal Audit Committee during the year 2018-2019 and from July 2019 to June 2020, he served as Treasurer. 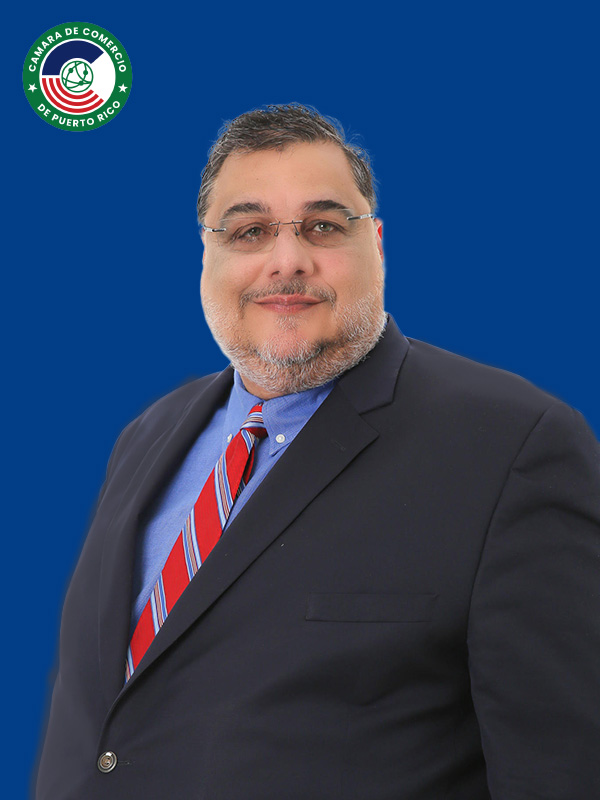