Ad-Hoc Advisor to the President

CEO of Store Management System, LLC, operator of five (5) Econo Supermarkets. In 2006, he joined the family business with his father in Econo and culminated an expansion bringing the business to 750 employees and five (5) supermarkets (Comerío, Naranjito, Barranquitas, Humacao and Naguabo). He has been a member of the Board of Directors of Econo Supermarkets since 2010 and a member of the Board of Directors of the Puerto Rico Chamber of Commerce (PRCC) since 2016, and now as its president for year 2020-2021. He is also a member of the Board of Directors of Abre Puerto Rico, a non-profit organization dedicated to public information transparency. He has more than 15 years of experience in retail trade, marketing and operations. He also worked in the Puerto Rico Senate, Chicago Public Schools, and as an Economist at H. Calero Consulting Group. He is a graduate from University of Puerto Rico (UPR) with studies in Political Science and Economics. He has a master’s degree in Public Policy from the University of Chicago and an MBA from the University of Miami. He is also a graduate the UPR School of Law. 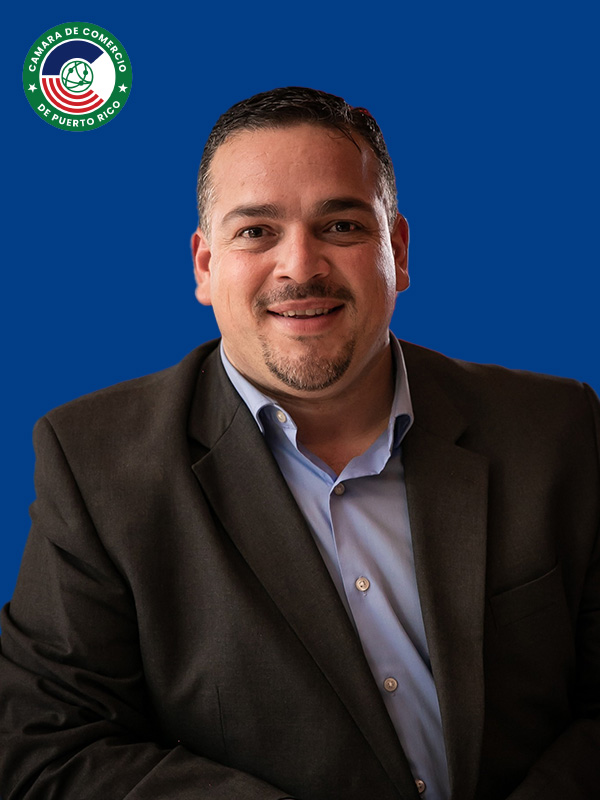