Liza M. García Vélez is a notary lawyer, a native of the town of Hatillo. She holds a Bachelor’s Degree in Communications from the University of Puerto Rico and completed a Juris Doctor at the Inter-American University of Puerto Rico. She has a Master’s Degree in Communication with a specialty in Public Relations from the University of the Sacred Heart. She prepared his master’s project at the European Forum of the Business School in Navarra, Spain.

In 2015 she was chair of the Association of Electoral Bodies of Central America and the Caribbean known as the “Tikal Protocol”. She was the first woman to chair Puerto Rico’s State Elections Commission (CEE). She managed to implement electronic voting for the first time in the Primaries, Elections 2016 and Plebiscite 2017.

She worked from 2002 to 2009 in the House of Representatives as a Press Officer, Legal and Legislative Advisor. She has been an exponent of the Institute of Human Rights in Costa Rica and has participated in international observations in more than 13 countries. In recent years she rejoined her private practice of the profession where she has provided services to small and medium merchants. 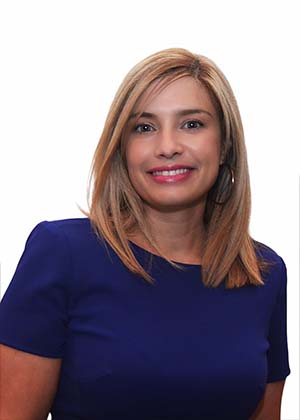